Since the beginning of the year, the world has been shocked by the spread of the novel coronavirus, which started in Wuhan, China, and has spread to many parts of the globe. The World Health Organization has declared an international emergency in regard to the epidemic, which it has now named COVID-19. As of Feb. 14, China alone reported nearly 60,000 confirmed cases and a death toll of over 1,350 people.

In this global era, the total trade between countries and the intersection of the value chain becomes a determinant of the relationship between one country and another. Of course many ask, how big is the estimated impact on the Indonesian economy and what can we do? China is Indonesia’s largest trading partner, our second-largest supplier and third-largest foreign investor. These three indicators should be more than enough for us to be vigilant and immediately anticipate further adverse impacts.

Following the spread of the virus, the World Bank revised down its forecast for world economic growth, initially estimated at 2.5 percent this year. In 2019, China grew by 6.1 percent, lower than its target of 6.6 percent. China’s growth is projected to hover around 5 percent in 2020, after the spread of the coronavirus.

The virus has so far spread to over 23 other countries. The impact of the virus on the economy will be massive, as a result of the linkages between the economy of China and other countries, through the global value chain. There are several linkages that we need to be aware of – the trade of goods, migration of people and investment.

The first linkage is trade that will be affected by the weakening of the Chinese economy. Since 2013, China has replaced Japan as Indonesia’s largest trading partner. China accounts for 24 percent of Indonesia’s total trade. In the first nine months of 2019, Indonesia’s trade with China totaled US$52.39 billion, consisting of $19.81 billion in exports and $32.58 billion in imports. This was down by a range of 1-2 percent from 2018, due to the impact of the United States-China trade war.

Indonesia’s exports to China consist mainly of lignite, coal briquettes, palm oil, sulfate chemical wood pulp and ferroalloys. These are raw materials that are in demand in China, as they are vital for the manufacturing sector. For example, IHS Markit estimated a loss of at least 350,000 units of car production as of Feb. 10, as manufacturing plants were temporarily closed. If the plants remain closed until mid-March, the loss of production would reach more than 1.7 million units. This is just an example of how the virus would impact Indonesian exports to China.

Furthermore, imports from China include electronics, machinery, steel, plastic and organic chemistry. Such goods may not be directly affected by the epidemic, however, for example, an Indonesian policy to stop garlic imports from China would directly increase garlic prices in our country.

The second linkage is people migration. Since Feb. 5, Indonesia’s government has closed all flights to and from China. We are beginning to feel the adverse impact on tourism and the travel industry. Last year, tourist arrivals from China totaled 2.7 million or 17 percent of total tourist arrivals in the country. As Chinese tourists spend $965 per visit on average, we can imagine how massive its impact on the economy as a whole would be.

The third linkage is through investment. Even though the virus has not yet caused any cancelation of Chinese investment projects, the virus would delay project implementation due to the problems in the flow of goods and people (workers). Moreover, China, as the world’s second-largest economy, has become the world’s factory, producing numerous parts and components of industrial goods for global supply chains.

Even though no one can yet predict how long the coronavirus spread will continue, the Indonesian government should act immediately to diversify its export and import markets. The government should make concerted efforts to reduce the country’s heavy dependence on China’s markets, tourists and investments.

Given the multiplier impact of tourism, from airlines to hotels and souvenir shops, special contingency measures should be taken to help major tourist destinations, such as Bali and North Sulawesi, which depend mainly on China.

**
Riski Raisa Putra, studying economics at the University of Illinois at Urbana-Champaign. Wiratama Institute is a nonprofit organization based in Indonesia that has served as a think thank in public policy, political and economic issues. 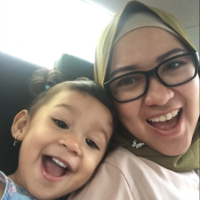